Posted on January 3, 2014 by jspencerphotography

I set my alarm for 5:50 AM. My friend was coming to pick me up at 7:30 and I had to be ready. It was a departure day. On this journey, I go to all new destinations. Nowhere is familiar, nowhere is a place I’ve been before. It’s been a long time since that happened, and while it is welcome, it is also giving me a little anxiety. The first leg was likely to be pleasant though: Hawaii. Specifically, Waikiki on Oahu. From there, readers, we’re going to Kosrae & Chuuk in the Federated States of Micronesia, Guam USA, and then to Australia to see the Great Barrier Reef and Melbourne, drive the Great Ocean Road up to Adelaide and into the Barossa Valley and finally spend a night in Sydney before departure.

I said goodbye to my mother and I knew I would miss her very soon. But before I knew it, my ride had arrived and it was time to go. We went to the coffee shop and gabbed like two old friends are wont to do for about an hour before we headed to the airport.

I should mention the luggage. In my quest for adventure, I thought I’d like to try my hand at underwater photography. I did some research and decided I was best off renting a watertight, pressure-proof housing for the camera I already own. Little did I know that the housing and its strobes and cables and arms would arrive in a family-sized cooler chest weighing a total of 44 pounds. Hm. That was more than I planned for.

I managed to haul all the baggage to the bag drop at United, got charged $100 in additional baggage fees (ouch), and went to the gate. There, I noticed my phone was nearly out of juice and began the search for an outlet. I found one finally but as I went to plug in my charger, the woman next to it told me it was dead. The one she’d plugged into was live. She had an extension cord with multiple slots and she was willing to share! We got to talking and she said she was flying standby, hoping to get to Honolulu in time to catch a flight to Kosrae. I was stunned. Since I started telling people I was going there, no one so far has even known where this island is, let alone been there or on their way to it. But she knew! Unfortunately she was in standby position #56 so her odds of making this plane were slim. I introduced myself and so did she (Pam) and we chatted for a few more minutes before my boarding group was called. The plane was big – a 2x5x2 seat configuration on a plane the size of the one I took in East Africa back to Europe. Maybe Pam would get on after all? They let in about 20 standby people but there was no sign of Pam. She was not on board. I hoped she’d make it to Kosrae.

About five hours later, I arrived in Honolulu. It was 84 degrees, about 65% humidity, and the air smelled fresh and full of flowers. My baggage arrived undamaged, and I looked for a luggage cart. A nice young porter for a tour company saw me looking and ran out to the curb to go get a stray cart – a man who expected no tip, I might add. What a sweetheart! A short search found a taxi and I was on my way to my hotel on the beach at Waikiki. Eventually, $50 and seven miles later, we got there. Ouch. How did that happen? Sigh. This is an expensive island. The hotel was pricey too, but it was a bit of a splurge and there was a view of the ocean. That was all I really wanted, and suddenly I felt so lucky I was overwhelmed. I took some pictures, went down to eat some dinner, and then walked on the beach. I took off my sandals and walked in the surf. The water was not cold and the breeze was not bone-chilling: we were not in San Francisco anymore. That beach walk was all I needed to make my one night in Hawaii a good one. I put my shoes back on, walked around the bustling avenue, bought some postcards and wrote them, and then went to bed. It was just as well that I was exhausted and sleep came easily: I had to be up at 4:30 to catch the next plane. Aloha, then. 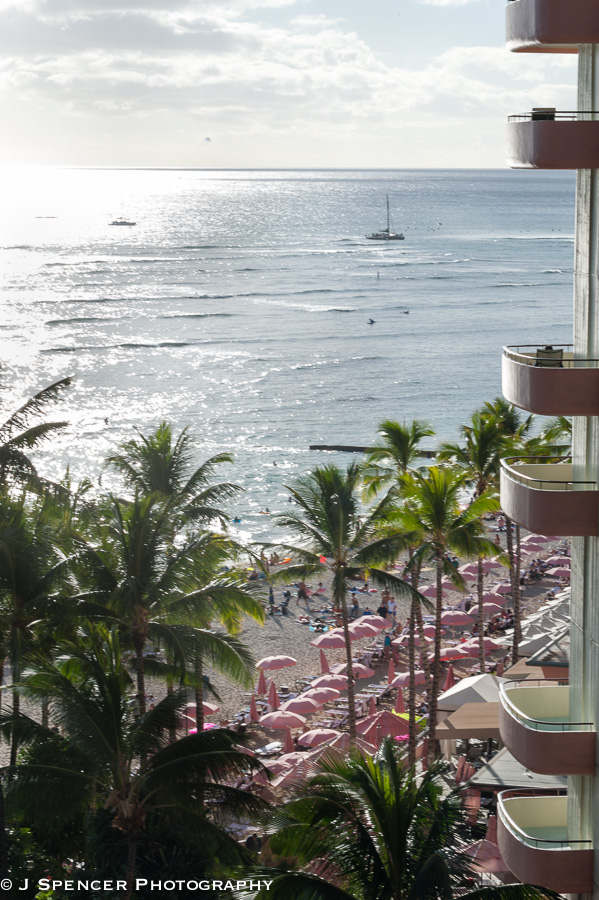 A room with a view – what more could you want in December?

A lot of kit! Photo courtesy of Hana Krulova at http://www.PhotoVisionPro.com 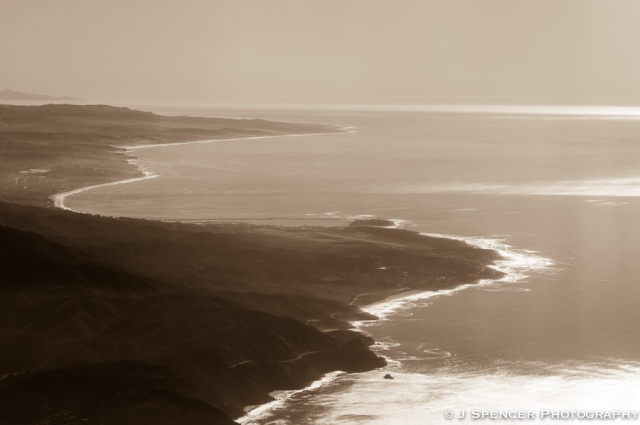 The Pacific at San Francisco’s coast 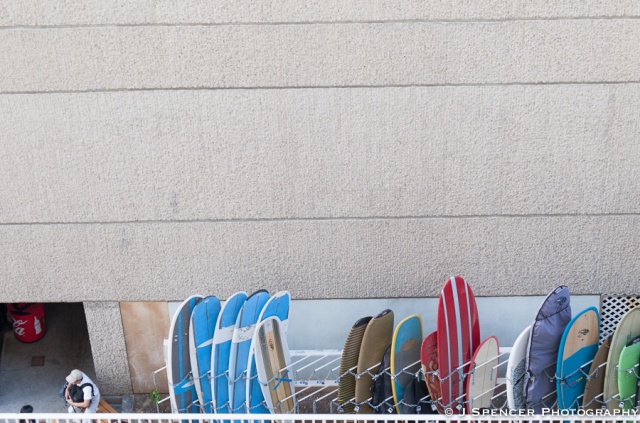 This entry was posted in Far Far Away, Local Matters. Bookmark the permalink.