On the Way to Kosrae

Posted on January 3, 2014 by jspencerphotography

Two days in a row now I am up before six. This is not my usual routine. It’s been hours since I rose in Hawaii, got a taxi (another $45 gone), and found my gate at the airport. We’re on the plane and have been for three hours now, less than two of that airborne. I am in a window seat, but there is no window; just a bulkhead that is rather in the way. Technically there is half a window, mostly covered by the seat in front of me, but it’s enough to squeeze a lens into at least. I was sort of counting on that left side elbow room, but it’s not here.

The plane is full of island people heading to the middle of the Pacific, a few Americans and me. And guess what – Pam’s here too! I am surprised to see her and happy for her too. She was determined, and here she is, after getting to Hawaii past 11 pm last night and dozing in the airport. You go, Pam! Our plane will stop at Majuro, then Kwajelain and then our island, Kosrae (pronounced “Kaws-Rye”). It will go on to two other islands and then land in Guam, but without us. I don’t know what awaits in Kosrae, but it will be bright and warm, I suspect.

We had a delay on the tarmac because we had to sort out the baggage. Someone had left an unidentified bag and some more things inside black plastic bags on the jetway outside the plane. The nice fellow who was managing this flight’s baggage found the owners of the black-plastic goods and explained to them that names and addresses were needed next time, please. They seemed surprised. Finally the unidentified suitcase was claimed after it was escorted down the aisle for a show-and-tell by the flight attendant. At long last, we were cleared for departure. For some reason, departure was a long time coming. We didn’t take off until about 35 minutes after we were scheduled to. Probably we missed our window; there was definitely a queue to take off. There are movies on the plane and the people on the plane are all very polite, though most of them are, well, plus-sized. It is a pleasant flight despite the unexpected lack of elbow room on the non-window window side.

After a while on this flight, I started to see atolls! For a long time it was just the vast Pacific, but then there was land. Before I knew it, we were landing in Majuro, the capital of the Federated States of Micronesia (the FSM). I didn’t get off the plane, but you could if you wanted to stretch your legs. It’s a shuttle, effectively, connecting the FSM islands. I really should have gone out because we were delayed an extra hour on Majuro for a mechanical. Fortunately they have a mechanic there so we were safely airborne again instead of spending the night on the island. I walked around in the plane and stood up, and got inspected by officials asking about our luggage. There were lots of forms to fill out in advance of Kosrae about fruits and vegetables, and then a household survey regarding gender, income, reasons for coming, etc. Talk about a marketing check. This turned out to be standard for any FSM departure as I was to find out later. Soon we took off and less than an hour later landed in Kwajalein, where you are not supposed to take photographs. It’s a big US military depot, and it looks like one too, instead of the tropical paradise it could be. Majuro and Kwaj are both pretty flat, unlike Kosrae with its mountains. Not much to see in Kwaj, and we were not allowed to deplane either. Maybe with my federal ID, I could have, but it was no matter. Kosrae was next! And I had people to talk to. The folks who boarded the plane in Majuro in the row next to me were Kosraeans. They asked me lots of questions, but were very nice, and it turned out that they lived next door to my resort. I found out much later that the lady was a princess of the island. They were very welcoming and made me feel right at home. Pam asked them all kinds of questions about the island and what they liked best, and made arrangements to attend church with them the next day. They take Sunday pretty seriously in Kosrae.

The hour from Kwaj passed quickly, with a fast climb up to 38,000 feet and all the way back down, and we had arrived! Finally, it’s all beginning. We deplaned down the stairs, walked in front of the aircraft, passed through the only gate, and stood in line for the two immigration inspectors. Soon our luggage was passed through a hatch onto a little ramp that served as the baggage claim and I found all of mine. I dragged it all over to a baggage cart (free in Kosrae, I might add) and wheeled it out front, looking for the folks from the Nautilus Resort. I had no idea what I would find, how it would be, or whether the camera experiment would come together. Stay tuned… 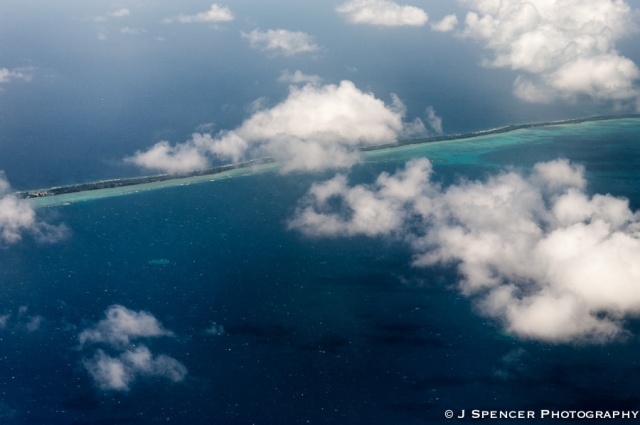 Land on the approach to Majuro 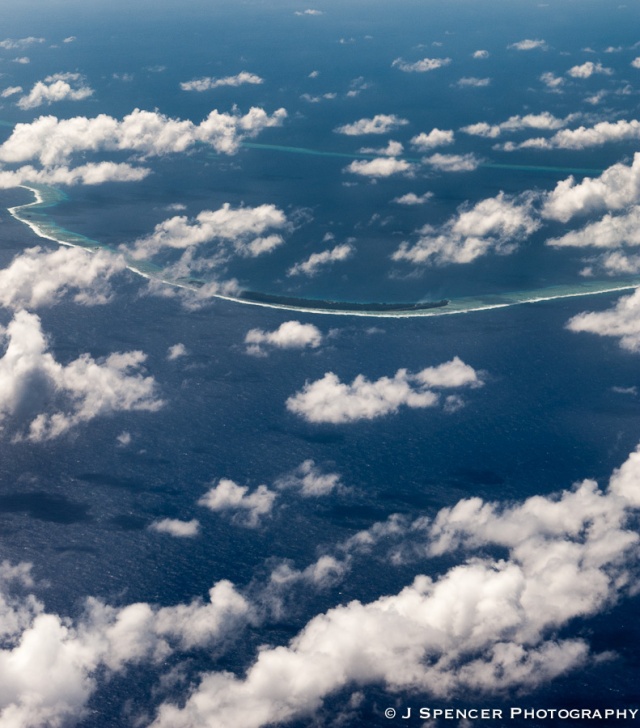 An Atoll – land at last as we approach Majuro 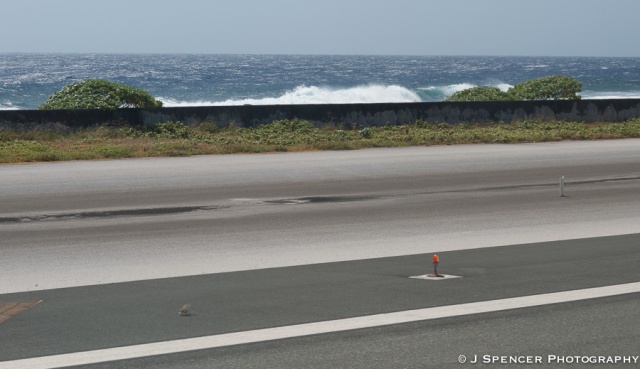 The airstrip at Majuro 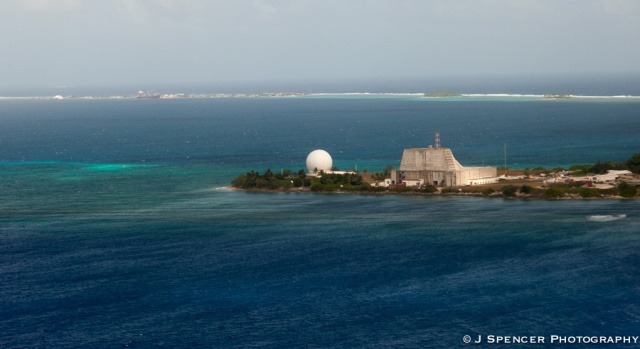 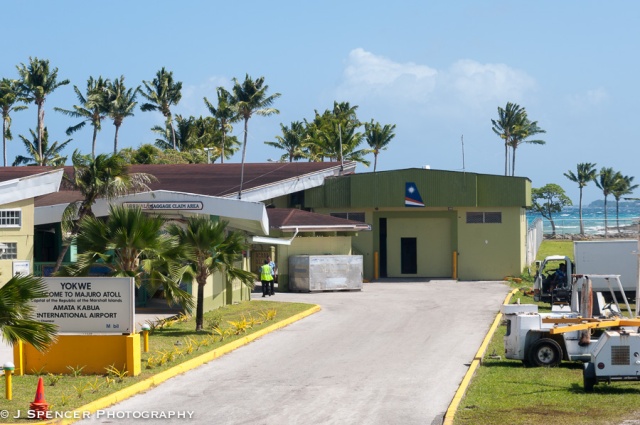 Majuro Airport – see the Pacific in the background