Posted on January 8, 2014 by jspencerphotography

I know, I am mixing Swahili and Micronesian. Sorry. But to me, it’s right. Karibu is the Swahili word for “you are welcome” or “you are welcome to …”. My experience with Karibu in Tanzania, Africa, has taught me that if someone really means Karibu, it’s pretty fantastic. It means family, a real home and the open kindness you’d expect from people who love you. Karibu is all of that and so is Kosrae, Micronesia.

Kosrae is a beautiful island. It is also rather impoverished. There are concrete block homes with tin sheeting and tarps to make up the roof and walls, most with dead appliances and rotting cars in the yard. Several buildings are abandoned completely because a just few years ago, there was an exodus. As is typical on small islands, the government was the main employer, but in paying all these extra people, the government went nearly broke, so they were forced to drastically reduce staff. The result was that about a third of the population of Kosrae emigrated to Hawaii and left their buildings vacant.

Of course, like any foreign country, it’s different here. I didn’t think twice about it until I talked to another American. It was anonymously pointed out that a few things would certainly not pass muster with US suburban homeowner’s associations. Tombs in the front yard, for instance, would be discussed. The people here bury their dead in decorated white-painted, above-ground concrete enclosures and sometimes it’s a large grouping, just steps from the front door. There are dogs running loose in the streets, and little children too. It’s important to watch out for them if you’re driving because the road is just another playground to them. The HOA would definitely print something in their newsletter about keeping your loved ones out of the road. Other distinctive cultural features include religion and morality. Everyone goes to church on Sunday. They sing all the time at their work and in their homes and even more at church. No noisy work happens on Sunday and there is no drinking allowed anywhere that day. There’s no scuba diving that day, but socializing, snorkeling and eating out are all acceptable. The land itself is spectacular: lush and ripe, full of bananas, tangerines, breadfruit, verdant jungle growth, mountains and water. It’s all pretty restful and it feels very safe.

When our flight arrived in Kosrae, the passengers all went to their respective microbuses. I found the nice man from the Nautilus and got my bags loaded up. Before you know it there were six of us on the way to the hotel. Banana trees were whizzing by on the side of the road and the ocean was in sight. We arrived, I got a room, and went in, wondering what I would find. It was not the Ritz, but it was exactly what was needed. It was clean, there was fresh, filtered water in a pitcher in the mini-fridge, the room had air conditioning and new, good-smelling fluffy towels with a red hibiscus laying on top. It was pleasant and cool and I felt I’d be comfortable there.

Now, to matters scuba! It was out to the pool to get some help changing the battery on my dive computer and to discuss some a refresher course. Doug the innkeeper and divemaster had the computer’s battery and O-ring changed out in a matter of minutes, in part because he had exactly the right tools for this job. I did not, so it was a good thing I got help. If you don’t know, a dive computer is a pressure- and water-proof gauge you wear on your wrist or put into an instrument case and take down with you when you dive. It keeps track of your depth, your time at each depth, and it beeps loudly at you when you are about to do something stupid that could endanger your life or your lungs. It keeps track of how much decompression time you need between dives, between depths, and between airplane flights. It means you don’t need to carry dive tables, a slate and a watch to do the same job yourself. This is a useful item to have and it’s one of the few pieces of diving equipment that I own (instead of renting). Now that my computer was back in order, it was time to strap into a tank and practice in the pool. While I was there with Doug and his son (and divemaster) Josh, I re-learned some things, then just plain learned some things, and then passed the skills tests. Doug and Josh are thorough teachers – you could do a lot worse than to learn from them.

Test passed, I enjoyed the pool a bit and then dried off. We discussed my underwater camera rig and Monday’s dive. It was just too late in the day to get a night dive in, since it would soon be sunset and it’s hard to get the boat to the site in the dark. That meant waiting an extra day since tomorrow was Sunday, the aforementioned day of scuba rest. Ah well. I could use some rest. On Sunday I thought I might hear from Pam when I finally got myself up and out of the room by 11:00 (!). But Pam had gone to church with the lady from the plane, and had been admonished seriously that even though she, Pam, was awake, I might not be and they were not going to disturb me! Isn’t that thoughtful? But I was sorry to have missed them. Instead, I saw my fellow passengers when I went to dinner. I met more of their family and we had a nice greeting. As an aside, how is it a little Australian-run inn in Kosrae makes a great pizza? I have no idea, but boxes were flying out of the kitchen, and my pie was delicious. Where was I? Oh yes – Sunday afternoon. There was not much to do except maybe some snorkeling. I thought I’d try the famous Blue Hole.

It’s a big round area about 50 or 60 feet deep in a coral clearing, between the ocean breakers and the land. I borrowed a mask, snorkel and fins from the dive shop and went across the road to the beach. I got in the water, and started out. It was about 200 yards to the big Blue Hole. But the tide was high, it was grey outside with rain on the way and there was nary a soul in the ocean. I was alone. I was struck with a sudden fear of being washed all the way to Australia with no one the wiser. If I’d been with friends I would not have been afraid, but I was not with anyone at all. I became rather seriously worried and decided to turn back. I hope you aren’t too disappointed with me, but this snorkel expedition just didn’t look like a good idea. On the way back, I managed to lose a small but important clip on my fin, and it further added to my sense of unluck. I tried to salvage it but it was so cloudy that even in two feet of water that I couldn’t see a thing. Maybe I wasn’t missing much in snorkeling after all. I went back across the street, returned my gear and fessed up to losing a piece, and with my head a little low, took a dip in the pool.

Then something remarkable happened. A camera guide found me. Here I’d been fretting about how to deal with this cooler chest of equipment and the answer showed up in front of me. But you will read more about that in the next post – the one about underwater photography. We spent a couple hours working with the equipment, and then I ate dinner and closed out the evening. It was starting to look like Kosrae was charmed.

On Monday, we had a couple of decent dives – no great shakes but a good way to get my fins under me again (it’s been three years since my last dive, in Zanzibar where I got horribly sick). Many of the other divers were new divers and it was best to keep things simple. I was new in a way too with my rented underwater camera gear, so while I would have liked to see more fish and a more lively site, I was happy not to have to work too hard either. Tired and wet, we returned to the hotel where I filled out my logbook. After photo uploads, I found I still had a little time left before sundown. I had to leave the next day and I didn’t want to go without shooting a little of the island’s beauty. I hired one of the rental cars at the hotel and went out to explore. Still, I must admit to an ulterior motive: I heard there was a place that might carry anti-itch cream for my mosquito bites. While I was out there, I not only found the cream, but I ran into my fellow divers and Josh, all out watching the sun set over Kosrae’s famous Sleeping Lady. She’s a silhouette sighted in the mountain formations. We had a good time chatting, watching the sun go down and soaking in this beautiful place.

The next day it was time to leave and I was seriously rethinking my plans. I should stay here, I thought (and I was right), but I felt compelled to leave enough time for Chuuk. What if it was just as nice (it was not) and I missed it? So, sadly, I went on to the airport where I reconnected with Pam and we talked all about our great time in Kosrae. I think we are both going back someday.

–Update: The Nautilus Resort in Kosrae is trying to update their resort with Solar Panels. They’ve asked for some crowd-funding in exchange for some deep discounts on your stay in Kosrae. If you’re going to Kosrae and plan to stay at the lovely Nautilus, think about donating. 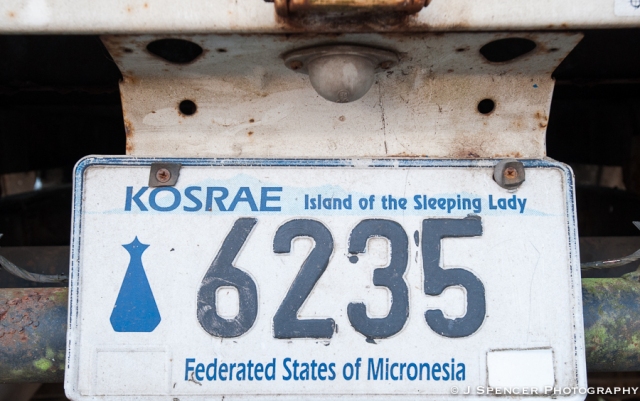 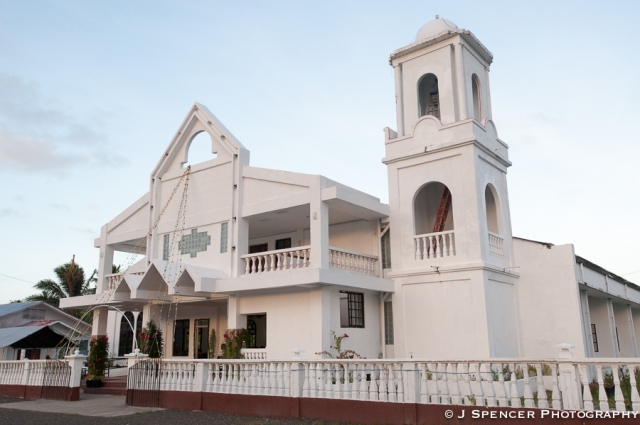 The big church in Kosrae. 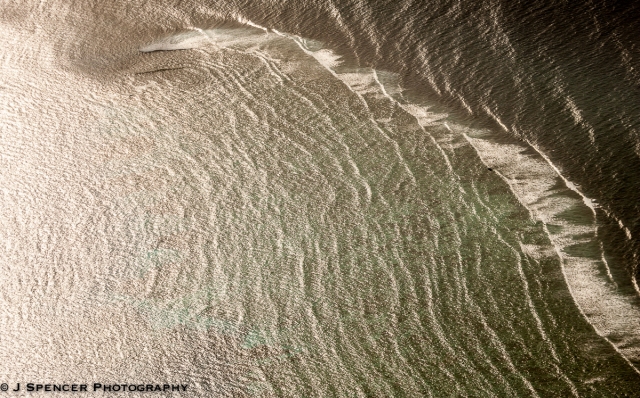 View from the plane, leaving Kosrae. 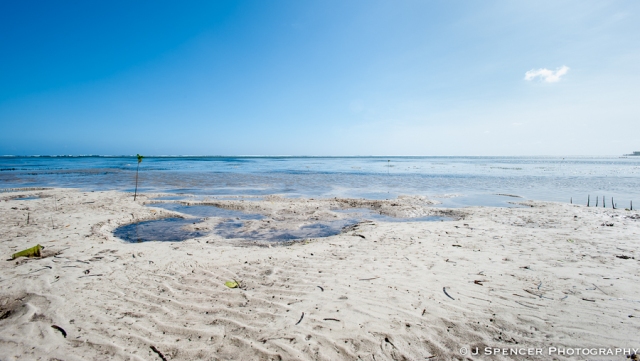 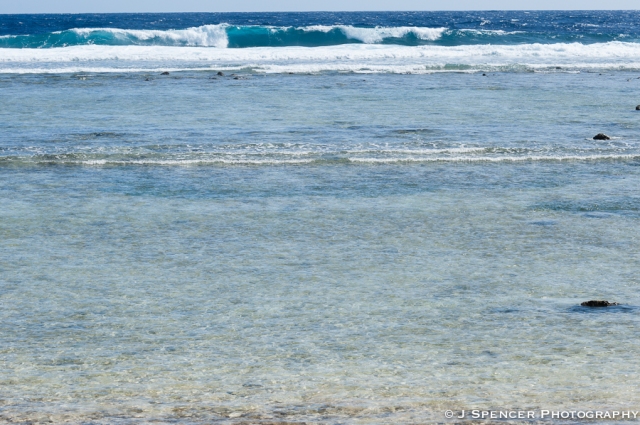 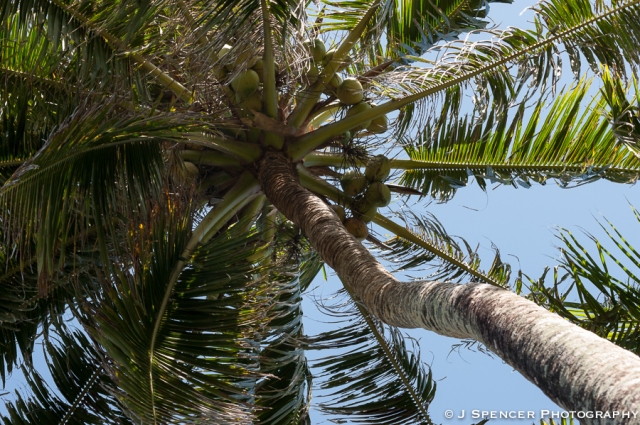 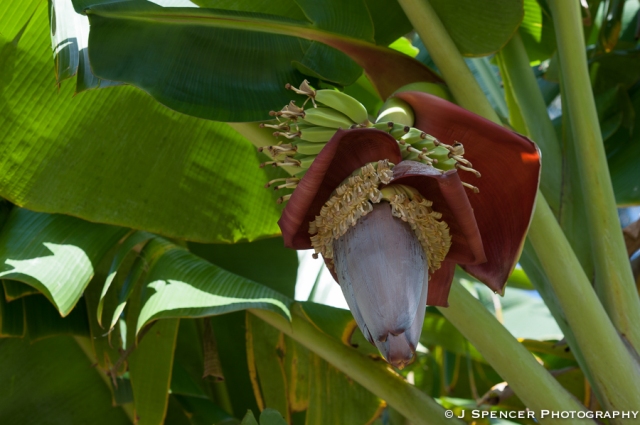 The bananas grow in a long spiral as the flower descends 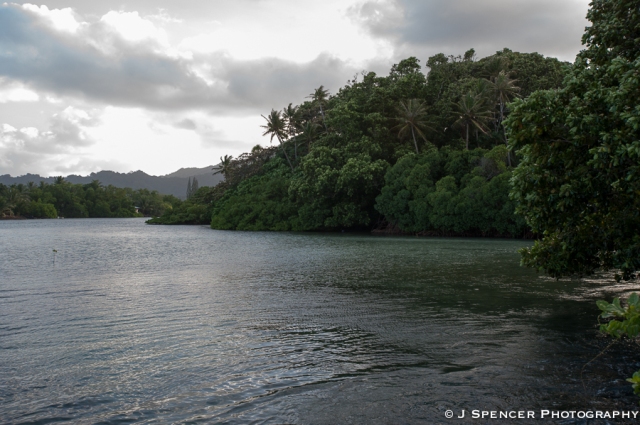 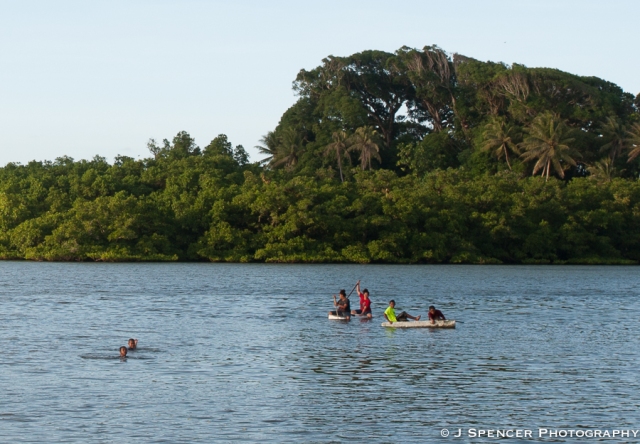 The kids saw me and waved 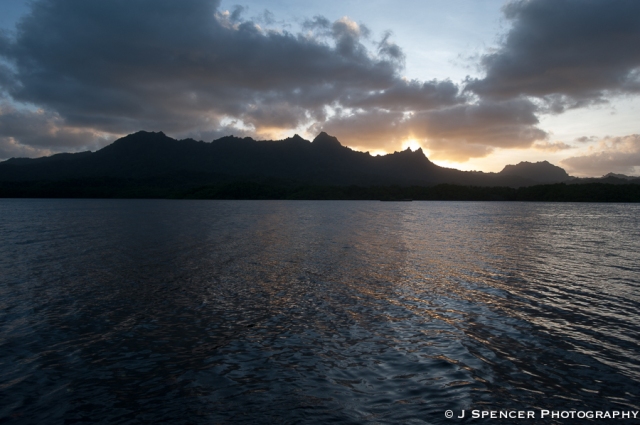 The sleeping lady in the mountains’ profile 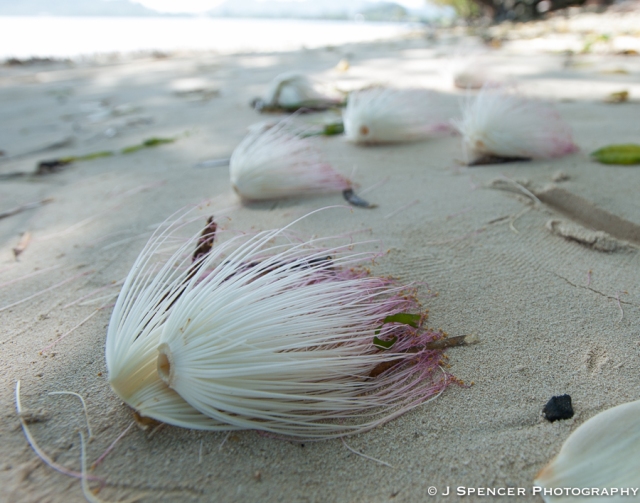 “Debris” on the Kosrae beach.